Airvault - The town was formed in the 10th century and grew around one of the largest Abbeys for Augustinian monks in the Poitou region. Many of the medieval buildings still remain as well as some fine examples of Poitou architecture.

The Abbey - Church of St Pierre was built in the 11th, 12th and 13th centuries. The  spire was reconstructed in 2016 after the old one began to display serious signs of wear.

There is an underground well, next to the church, that can be visited by borrowing the key from the tourist office, and a museum that is housed in part of the old Abbey - church complex. On the outskirts of the town is the Pont de Vernay, a 12th century Romanesque bridge that crosses the River Thouet . The Thouet valley, easily accessable from the village, is recognised internationally as having a wide variety of birdlife.  www.avt-tourisme.fr 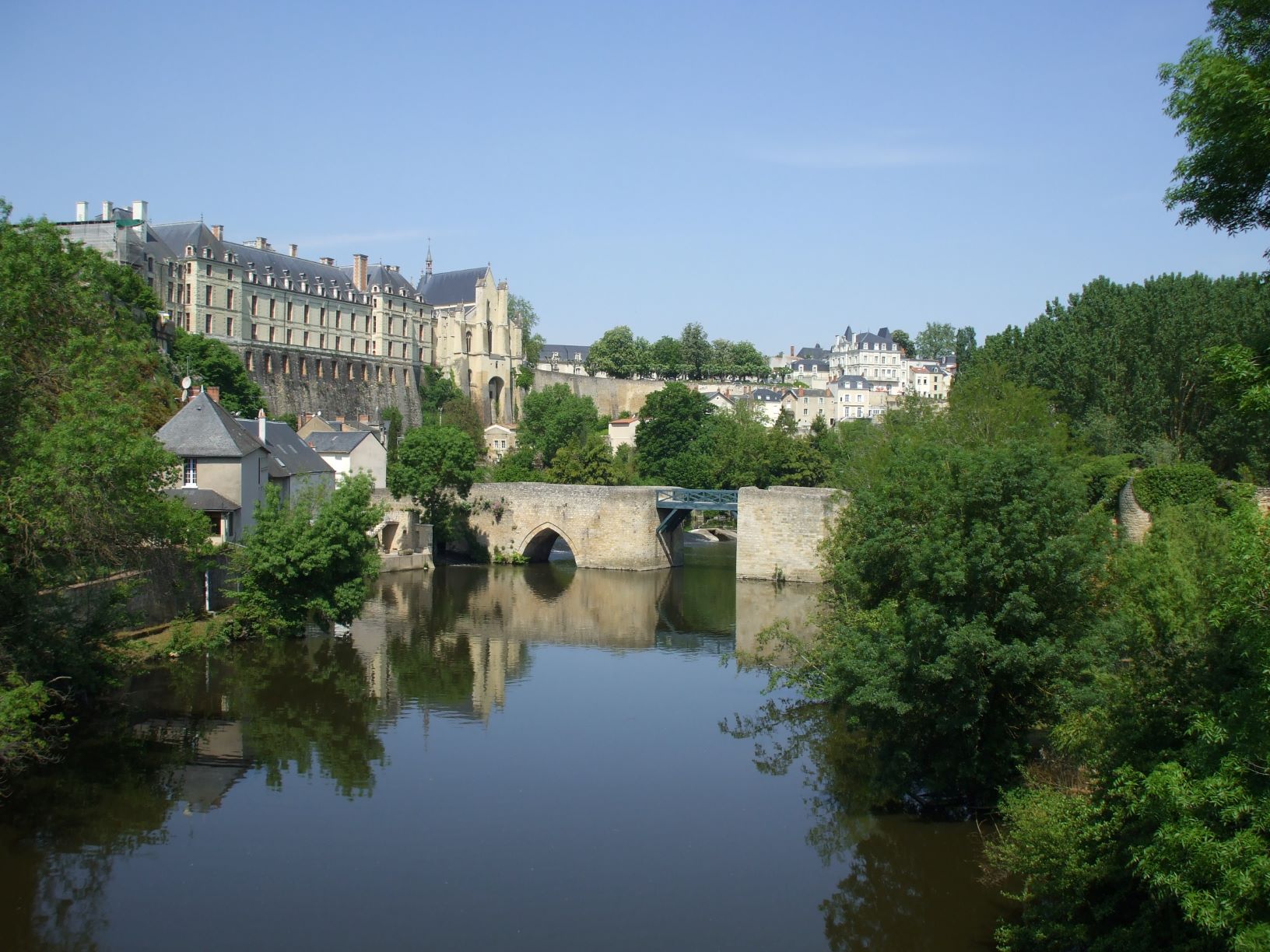 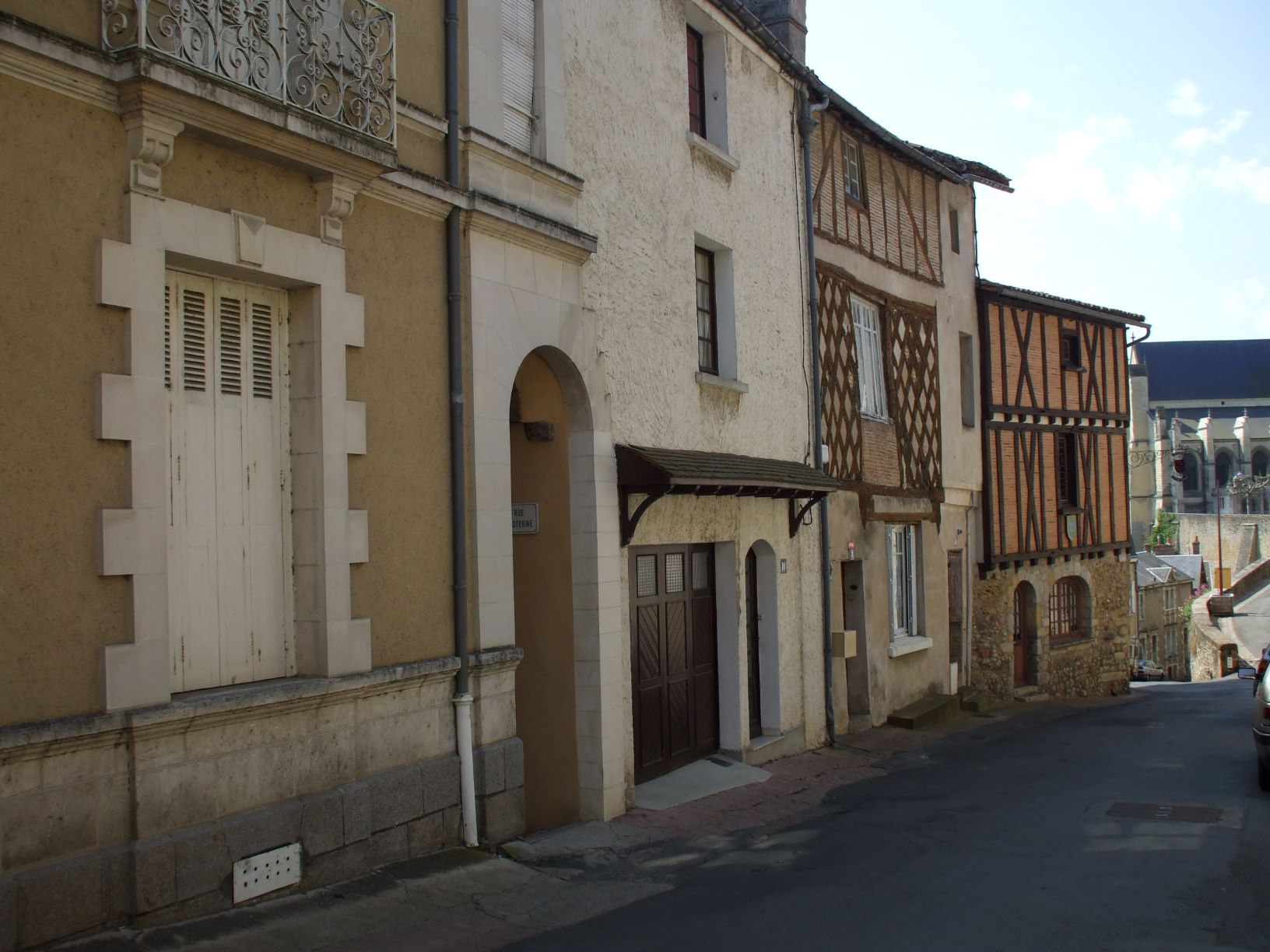 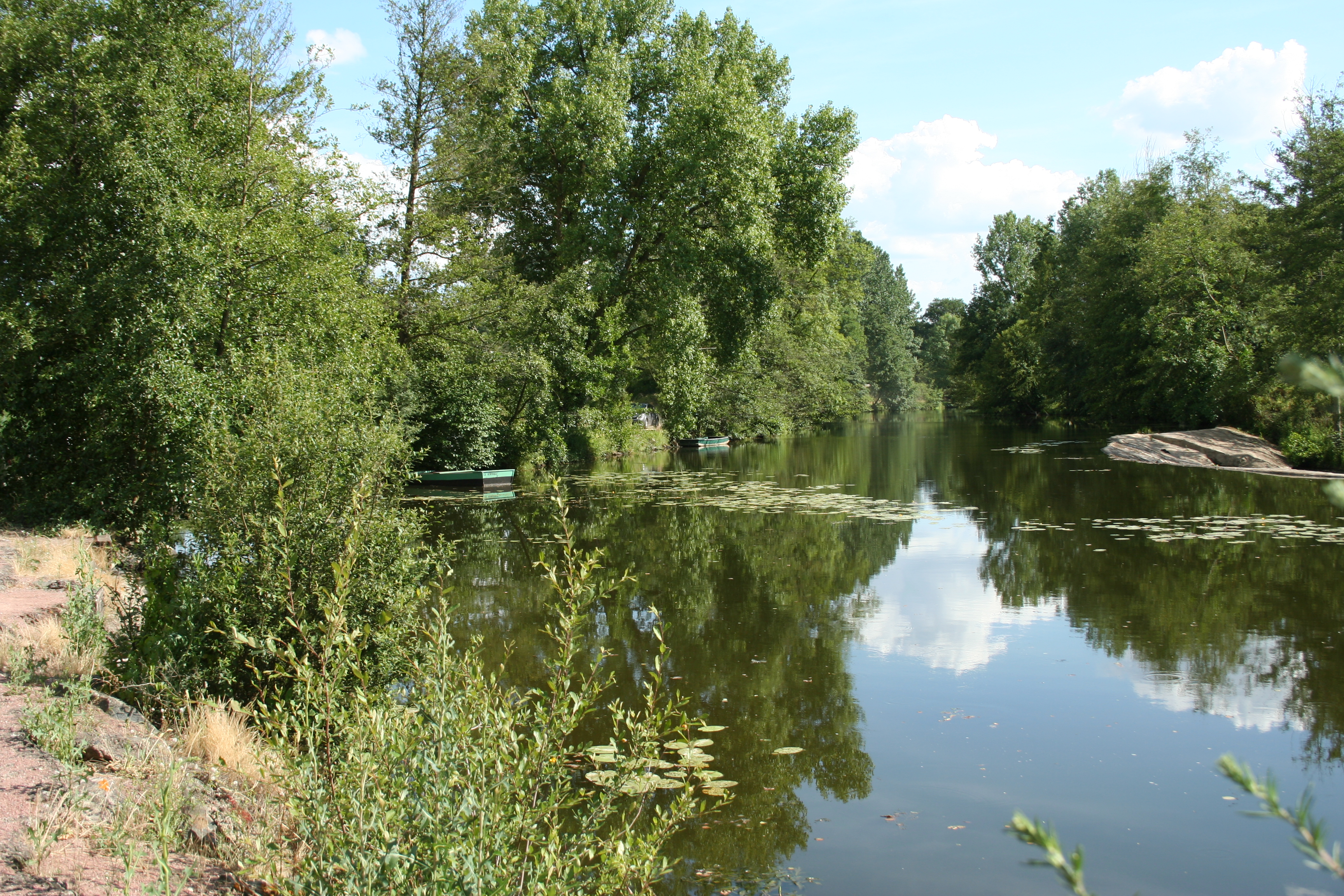 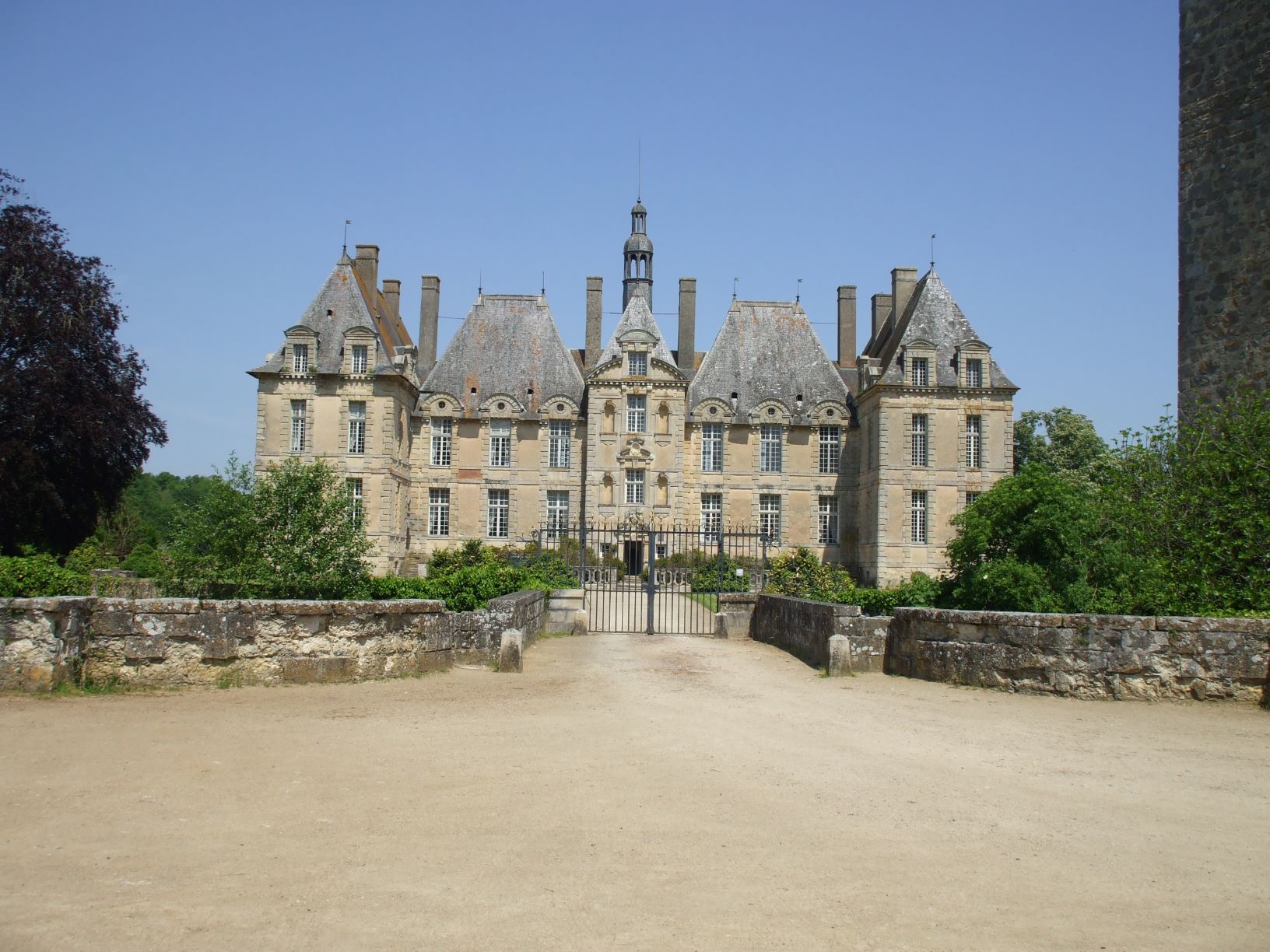 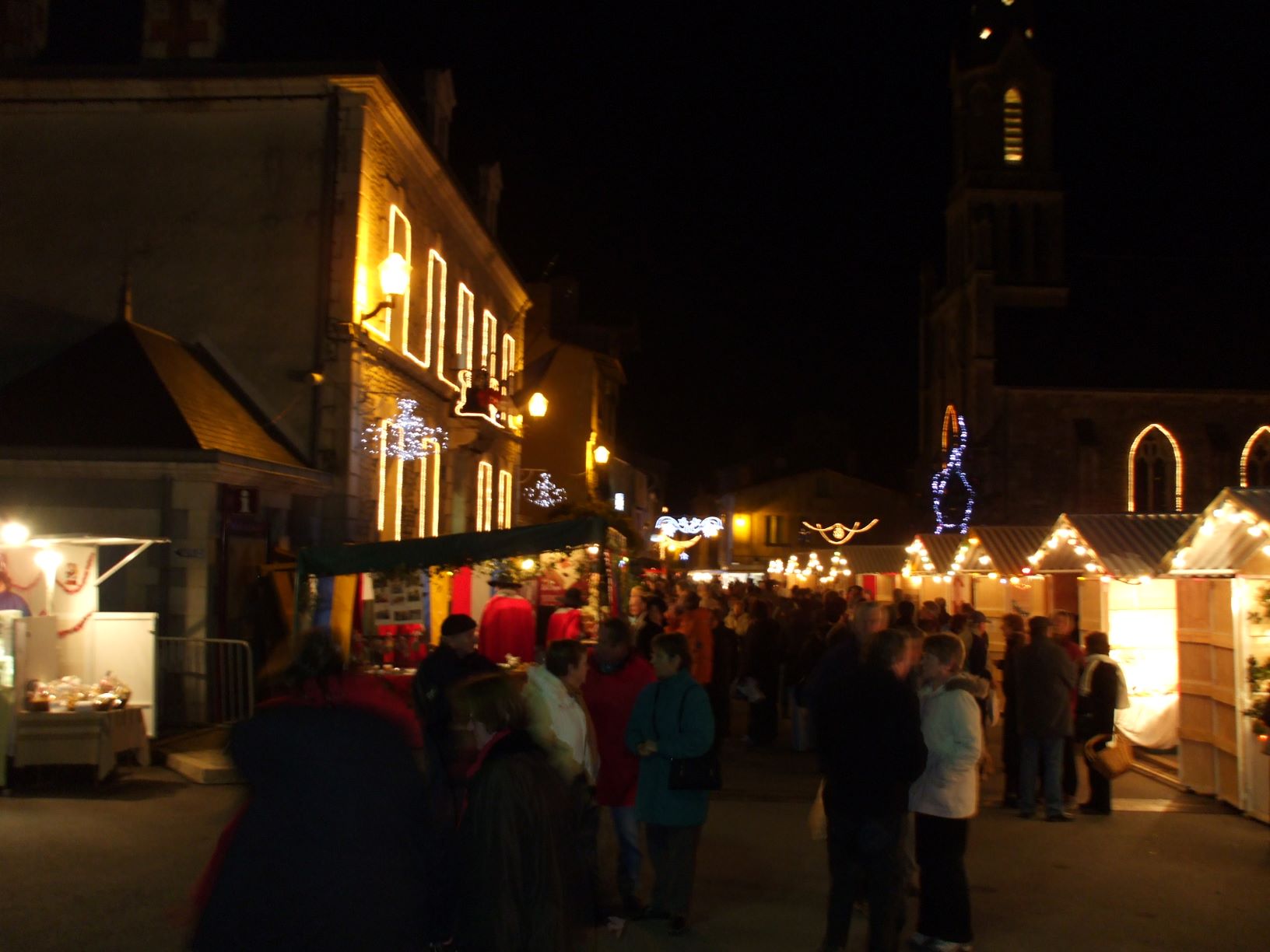 We are delighted to offer a quick and easy real time booking service, which guarantees you the best room rate available as well as confirming your reservation immediately. Simply click on the secure link "Book Now" to check availability or to make a booking.

Email: This email address is being protected from spambots. You need JavaScript enabled to view it.      or use the link below

Leisure and Family Days Out

We are ideally located for a number of attractions and theme parks as well as the chateaux of the Loire Valley.

Two of France’s most popular theme parks are within an easy drive. Futuroscope  www.futuroscope.com  is a virtual reality theme park. A fun day out for all, although some attractions do have height restrictions (details on their website), and a night time spectacular. We have brochures which have a coupon offering an entrance fee discount.

The Grand Parc du Fou  www.puydufou.com is in a medieval set with Vikings, Gladiators, Musketeers and jousting amongst the attractions. They also have a night time spectacular.

Terra Botanica www.terrabotanica.fr  is a plant themed amusement park near Angers. Suitable for all ages there are gentle boat rides, dinosaur excavating and 4D adventures among many other exhibits, all set in beautiful gardens.

The underground village at Rochemenier, inhabited by troglodytes until as recently as the 1970s here you can see a history of troglodyte life throuout the years There is also a restaurant nearby providing typical Piotou food and wood fired oven bread that is "to die for " www.troglodyte.fr

Montreuil - Bellay  www.chateau-de-montreuil-bellay.fr  A Privately owned chateau where you can learn the origins of the BBQ as well as the idea  of wine boxes.

Chateau d’Oiron  www.chateau-oiron.fr  A beautiful chateau, once owned by  the Marquise de Montespan long term mistress to Louis XIV and mother of several of his illegitimate children, about 15km away, filled with a collection of ‘curiosities and marvels’.  There are also 2 vineyards in Oiron where you can arrange to taste their wines.

There are a number of animal based attractions.

Les Géants du Ciel  www.geantsduciel.com  Bird displays and spectaculars in the heart of the medieval city of Chauvigny

Mouton Village  www.moutonvillage.info    Everything to do with sheep

There are many chateaux in the Loire Valley  www.chateaux-de-la-loire.fr , but the closest is at Saumur about a 45mins drive away where you can also partake in a number of wine tastings at the various wineries. www.chateau-saumur.fr  or use the following link for a full list of vineyards in the Saumur region

La Venise Verte, Marais Poitevin is an area of meadows and marshes reclaimed from the ocean, crisscrossed by canals and rivers (around 4000km of waterways).  You can explore the wooded area waterways and flora and fauna in barques (flat bottomed boats) with or without a guide which are available to hire all around the area.  www.visit-maraispoitevin.com/discover/marais-poitevin/ or www.parc-marais-poitivin.fr

Although we are about 90 mins from the coast you can still have a picnic on a beach. Lac du Cebron is about 7km away and is a large lake with a small beach and picnic area as well as bird watching hides, a windsurfing school and child friendly swimming pool.  www.lacducebron.fr

There are also a number of swimming lakes in the area the closest of which is at Moncontour. www.moncontour-active-parc.com